The Whispering Cairn, Part One

When last we left our intrepid crew, they were setting out from a dilapidated mine manager's home to seek fortune in the Whispering Cairn.

I'll skip the boring bits, and tell you the highlights:

End of first night, but not even close to the end of the adventure... we play again in three weeks.
Posted by J Womack, Esq. at 5:11 PM 1 comment:

The Age of Worms has Begun!

So, we played a little D&D 3.5 last night...
My buddy Jim has been living in Gulfport, MS, for the last two years since he was called to active duty by the Navy. Anyway, he finally got back home a couple of weeks ago, and he came over last night. To celebrate, we all (Jim, my sons and myself) played some D&D for the first time in, oh, a couple of years! being me, and that meaning disorganized, I didn't really have anything ready to play. I didn't want to go back to the Caves of Chaos again, even though they have never completely cleared those fabled caverns.
Then I remembered that Dungeon magazine had, a few years back, created an entire campaign, and that I owned most of the issues already, including the all-important first issue with the adventure for 1st-3rd level characters! RESULT!
The party consists of:
After meeting at an abandoned mine manager's home near the Whispering Cairn, the party ventured into the mysterious cairn... 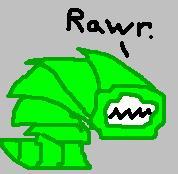