The Reason I am So Dull These Days 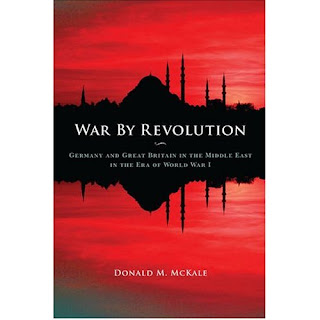 This is the really wonderful and greatly exciting book that I am in the process of reviewing for grad school. I have fallen asleep three times trying to work through it. And it is not all that long! The most interesting part is the cover photo. All I can say is that my review will concentrate on how the author shows the ineptitude of the German efforts to raise rebellions in India and across the Middle East against the British. Seems the most effective rebellion they influenced also got the Italians to enter the war... on the Allied side!
Posted by J Womack, Esq. at 11:20 PM No comments:

Haven't really been spending a lot of time at the painting table. Lots of Real Life getting in the way and all. And grad school. Which is interesting, but has been kicking my mental butt. One more week, then semester is over. So here is how everything is going:
So the FOW Rifle Platoon is just about finished. I will say that goal will probably be met by the end of the month. I could see the MG Section getting primed, but doubt it will get painted.

I started stating goals again so that it would motivate me to get work done. It has, to be honest, but Real Life has been very intrusive into my play time. A problem we all face. In all, I am honestly not too upset about the progress this month, all things considered.

Loads of goodies! I love Kickstarter.

Now Showing: Master of the World 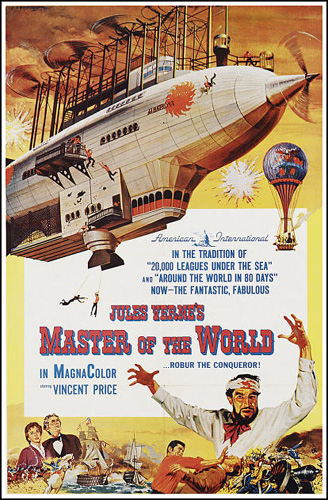 From MGM Studios, in 1961. Starring Vincent Price as Robur, renegade captain of the Albatross.

But fear not, dear friends! The quiet you do not hear here is the quiet of a duck swimming. All appears calm on the surface, but underneath... ah, that is where all the furious paddling is going on!
The A to Z of VSF is going well on my other blog, Victoria's Boys in Red. We are up to "F is for FENIANS." And, VBIR got a facelift, too. You should probably check it out if you are not already a follower.
On the painting front, work proceeds, oh so slowly. I will post an official update on the progress towards my goals this weekend, but I am not unhappy with it so far.
As far as conventions are concerned, I hope to attend at least three this year: Historicon (assuming the money is there and the games in the PEL are interesting), Broadsides! (held aboard USS Texas), and Milleniumcon. I reserved a room for Historicon last night. I can always cancel if I decide not to attend.
Finally, I did manage to get a game of FOW in two weeks ago, I don't recall mentioning it here. Let me just say, for the record, that Early War German Heer infantry sucks. Actually, they held out pretty well and the HMGs did a serious number on an attacking platoon of French Colonial infantry (Senegalese, IIRC). A draw when time ran out, it was starting to go in the favor of the French, thanks to bad dice rolls and not knowing I could double move my tanks as reinforcements to get them into position two turns earlier than I did! The perils of learning a  new rules set...
Posted by J Womack, Esq. at 11:47 AM 1 comment:

A to Z on VBIR

I am posting a daily series on my other blog, Victoria's Boys in Red.

It counts down from A to Z, discussing the many things that make up Victorian Science Fiction. So far, we are up to "C is for..."

As prophesied yesterday, here are this month's goals:
I know its a lot of goals, but two of them are mostly finished, and one is a simple project. I have another, super secret project that I am not ready to unveil just yet, that I hope to have more work done on over the next few weeks. I'll reveal that when the time is ripe...
Posted by J Womack, Esq. at 5:19 AM No comments:

Here we are, the start of a new month, and, of course, the end of the previous one. In March, I did fairly well on my goals, considering, and I think I am still motivated to put paint on lead, which is the idea of the whole "Small Short Range Goals" movement I started here. Now, I didn't finish everything, or even most of the four goals for March, because of a variety of factors. Still, I made some pretty good progress on them.
Not bad, considering the obstacles I had to overcome this month. That lost week really hurt me, though. I think I would have finished the 6mm and maybe the FOW Indians.
What's on deck for this month? Two new items for sure. Check back in tomorrow for the scoop. Oh, and some pictures I hope of March's work.
Posted by J Womack, Esq. at 5:19 PM 2 comments: