Weymouth, Dorset, UK... Anyone been there?

The younger boy and I shall be in Weymouth this June. Any suggestions for eats and drinks?

We are attending the Tank Days show at the Tank Museum in Bovington.
Posted by J Womack, Esq. at 6:21 PM 1 comment:

My Round 2 entry consisted of five Empress Miniatures Zulu Wars British figures. The title was Canal Patrol on Mars, or something similar. It lost, sadly. I think partly because the photo isn't the greatest, but a lot of it had to do with the other guy's entry telling a better story, as well. Painting skill wise, I thought we were fairly evenly matched. Dropped from #7 to #20 - I got my butt kicked, real hard. 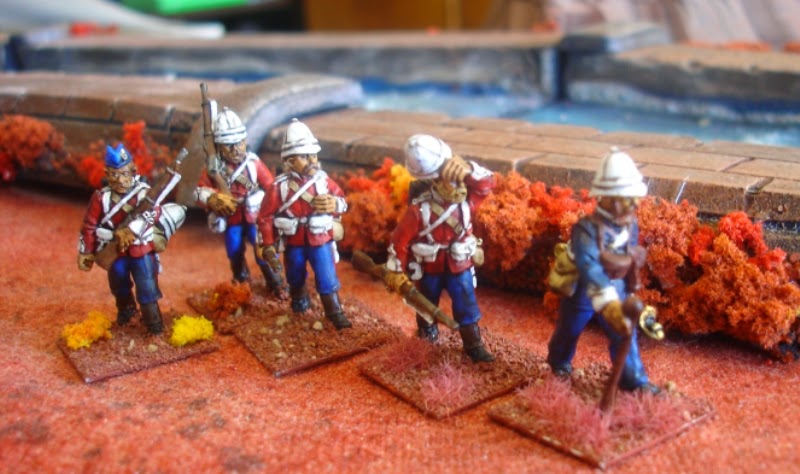 Round 3 was another winner for me. Some older  Warhammer Fantasy battle figures, circa the late 1990s if I remember correctly. Maybe as recent as the early 2000s though. At the end of Round 3, I am in 16th place. If I am forecasting properly, I believe I will lose this next round, and will probably drop to about 22-23 of 40. 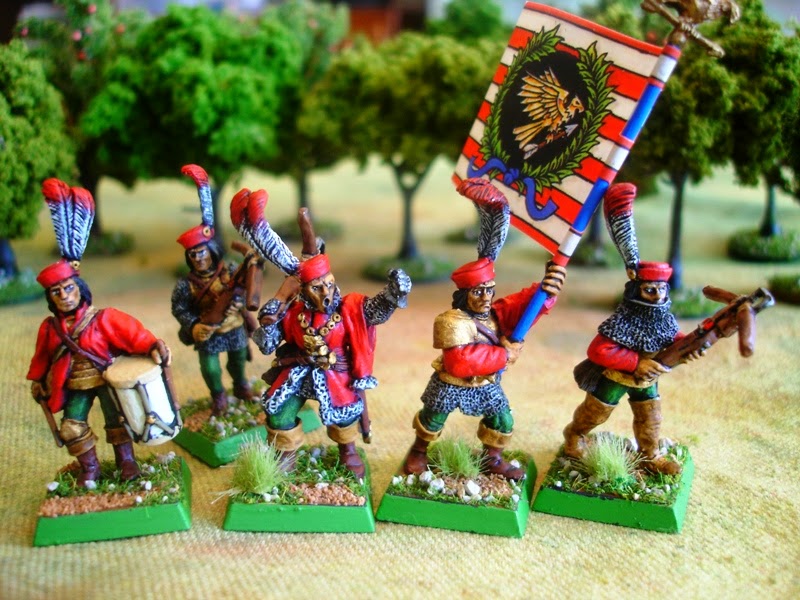 The Duxis-class battlesuit is from Ion Age's 15mm range. You can see them here, if you like. I like their Prydian range for far future/high tech 15mm human science fiction. The paint job on this one is really top-notch, too. I wish I had done it! I wonder if that rose was hand painted or a decal or transfer of some sort?

The Duxis has other armament mixes, too.

Ranged Weapons: Five to Choose From!

Finally, here's the manufacturer's photo with one of their regular 15mm infantry for scale comparison. These things are big!

And I think that pretty well explains what's been going on around my house. I have purchased some more Ogre Miniatures, both off eBay and from Warehouse 23. So I'll be needing to add some points to my "purchases". Spent about $100 all told. Have to double check before updating the expenses, too.

What am I, the gaming CPA?

Nope, just tired. The paper is going well, if you are interested in my schoolwork. It's an article on the process of school desegregation as seen in Galveston, Texas. Fairly interesting - far more interesting than I thought it would be when I began. Gobs of digging through old school board minutes. May 10th can not get here fast enough.