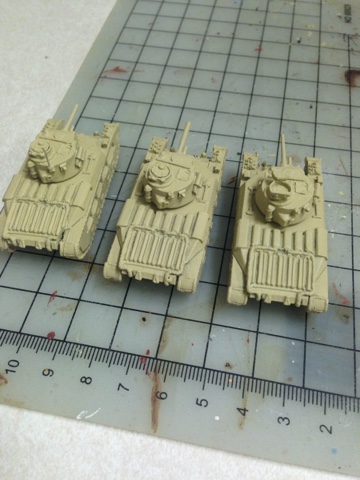 Not much to report. The base coat is on. I hope to ink them this afternoon. 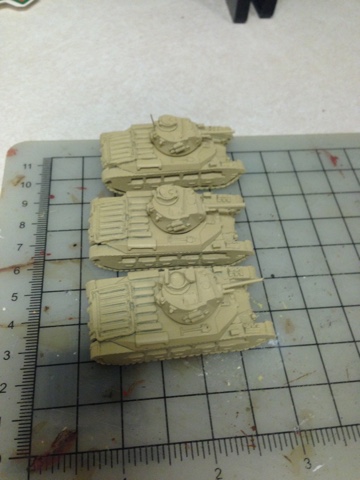 We Have Begun Burnt Offerings

The group of players in the new Pathfinder Campaign, that is. The adventure. "Burnt Offerings." That's the title of it. Am I clear now?

Let's list off the player characters, then, shall we?
We had our first game session on Tuesday night. One thing we have agreed upon is that we will meet on a regular day and time, so that everyone can more easily plan it into their schedule. Usually it will be Thursdays, but this week Tuesday worked better (Spring Break).

A clan of goblins raided the town of Sandpoint, where the heroes have all gathered for reasons of their own. Being heroic types caught up in a chaotic raid by the crazed little vermin that are goblins, they took up arms against the villains. They did pretty well. The Pathfinder mechanics are very similar to the D&D 3.5 with which all the players are familiar.

In the aftermath, the characters are being treated like local heroes for helping to save the town. Tarkus used some of his positive energy to help heal injured locals, and flirted with Ameiko Kaijitsu, the attractive owner of the Rusty Dragon Inn - who gave all four party members free rooms for a week! Finally, a young nobleman named Aldern Foxglove was saved from certain death (the party even saved his dog, who was laid low by a mounted goblin commando). Foxglove has asked the four heroes to meet with him tomorrow afternoon.

As yet, the players don't know why the town was raided, but they captured a goblin warchanter and in the next session plan to ask her some questions. The answers may be of considerable use. Or they may not be any help at all - these are goblins after all! 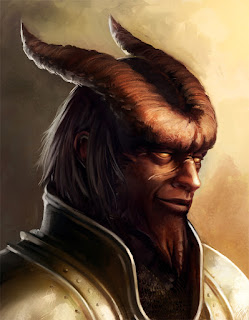 Matilda IIs on the horizon!

I actually cleaned up three Battlefront Matilda IIs for my British 8th Army forces. They are currently in my spray booth drying from the initial coat of British Desert Armour spray.

It's like I am painting or something again. I will keep you all posted as to the progress - I am sure everyone is glued to their desk chair, rapt in awe and wonder at the magnificence promised. /sarcasm

But seriously, I will post photos as soon as I get them finished. Might be in a day or two, even, which is bloody quick for me.
Posted by J Womack, Esq. at 12:12 PM No comments:

I also purchased a set of the "Condition Cards" for Pathfinder. I think these may be the most useful purchase of all. Essentially, these are playing cards that describe the effects of the various conditions that can be inflicted upon a character or monster. For example, if they are blinded, or nauseated, or whatever. You can hand a card to the player and have them mark it with a die or tokens or something to countdown the duration if it's a temporary condition. Brilliant and simple. Love them, and I think they will really help the players to keep track of the effects.

Having just completed my 44th solar circumnavigation as of the 28th of last month, I found myself in possession of monies for which there was no immediate claim by my many creditors. So I went shopping online and bought myself some new toys. Not too much - mainly books to complete a collection (David Weber's Safehold series, in hardback).

I did order a few gaming items, however, to include:


I hope to do some painting in the coming weeks. Then I will have something to report!