VSF - The Modern Major General: New Blog!: OK, so here's the new blog - all I need to do is try to work out how to use it and what to put in it! Basically, I have enjoyed reading so...
Posted by J Womack, Esq. at 8:59 PM No comments:

PanzerKaput's Painted Review: Welsh Flags without Writing: Here is a second and requested Welsh flag for the use of. I hope you like it :D

PK did this one on request for me. I love it. I present the flag of the Republic of Wales!
Posted by J Womack, Esq. at 6:55 PM 2 comments:

Caernarfon -- Formerly a Territorial Army battalion of the British Army, the 1st Caernarfon Fusiliers have been mobilized (at last!) in defense of the Republic of Wales.

A military parade was held through the streets of the capital, ending in the Lower Ward of the castle. The commissioning ceremony culminated with the presentation of the regimental colours to Colonel William Jones (Officer Commanding) by Provisional President Saunders. 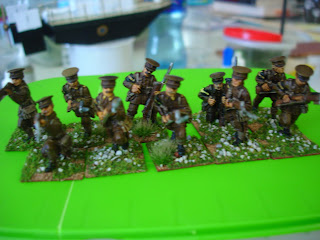 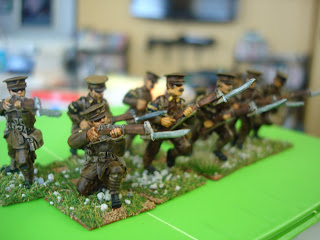 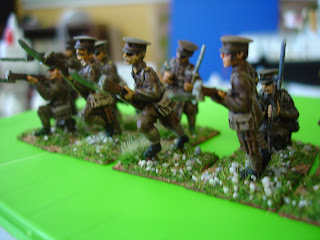 Army officials have promised that as production permits, the 1st Caernarfon will receive helmets and additional support weapons, which are currently lagging in availability. Rifles and uniforms were those of the former TA battalion, suitably modified for current use until replacements come available.

[Editor's Note: Finally! Ten stout Welsh lads to fight the Fascists, Communists, and anyone who would reign over a free Wales! These were something of a chore to paint, though the paint jobs are not really complicated. I just find all that khaki (well, Vallejo English Uniform, mainly) excessively boring to paint. Now I just need to get some officers, a Maxim and a Lewis gun if possible. This is the second finished ten man unit  for my Welsh force.]
Posted by J Womack, Esq. at 7:10 PM No comments:

Well, I just got home from the match, and it was a disappointment only in the final score. Yes, the Eagles lost, 10-30 against Italy, but...
All in all, a great night. Bit hot, though, so when they come back, let's shoot for a fall game, please? And with a record crowd - even with the Astros playing right before hand only a few blocks away - I am hopeful that we will draw more matches to Houston in the future. 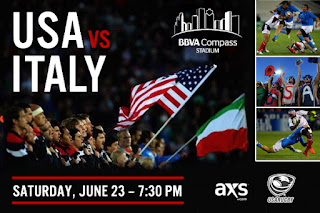 I was poking about a bit, looking for vendors of 28mm scale buildings suitable for A Very British Civil War game. I thought that the following links might prove helpful to others doing the same.
All are based out of the UK. Postage might be an issue.

As long as I am at it, if you are looking for miniatures to play, The Very British Civil War Miniatures Guide is an excellent starting point.
Posted by J Womack, Esq. at 2:00 PM 2 comments: 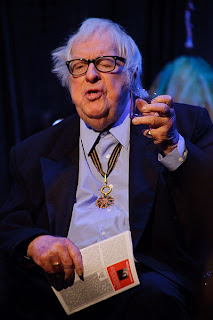 
Thanks for all the stories.
Posted by J Womack, Esq. at 6:42 PM No comments:

Tell me about Skype. Will it do what I think it will do for us? I have a large flatscreen that can be used as a monitor on the wall in the game room (helpful when playing ZULU as background while painting, etc.). I have two laptops with integrated webcams and a third computer that could be moved to attach to the TV if needed. I have an older digital camera that shoots video and I think can be setup as a live web camera. We also have three smart phones (one iPhone and two Droids - we are a mixed family, you see...). Almost fitting the Droids should be involved, since we play Star Wars RPG.

So, can we do this for free via Skype? I would prefer if we could all have our faces individually on his screen, and maybe an additional camera on the field of play. Do I need to get another webcam? Help the techno-challenged gamer!
Posted by J Womack, Esq. at 9:44 AM 3 comments:

End of May Review

In short, May was a horrible month for painting. Too many guests, too much work, etc., etc. The excuses abound. But the fact is I only sat down at the table for about three hours in the entire month. Here's the official tally:


In addition, I started work on a 25mm scout aeronef from Ironclad Miniatures. You can find out more about that on Victoria's Boys in Red. Finally, I did work on a random piece, just sitting there looking for some work to be done. It was a GW Epic Squat Overlord airship. Well, I suppose it still is one, just with some fresh paint and a new purpose: to serve l'Empereur. Yes, a French airship for 6mm VSF. It is actually quite small, but heavily armed for its size, with six field guns, a few Mitrailleuse, and an assortment of bombs.