The gents at my gaming group here in town finally broke down and admitted that the prevalent rules set for WW2 15mm gaming is, in fact... Flames of War. Much maligned as a "buckets o' dice" game, or as "40K for WW2", the game still turned out to be surprisingly...
...fun.
Really, it was. Now I am re-considering getting some 15mm WW2 stuff to add to my massive ongoing projects list. Not until after Christmas, perhaps. But perusing the Battlefront website, I also found a heck of a deal for my real 15mm passion: a desert fort from Battlefield in a Box. Prepainted and looks tobe plenty big. Reasonable price too.
Posted by J Womack, Esq. at 4:33 PM No comments:

A Few Interesting Items from Other Blogs

An Anglo-Egyptian watch tower in the Sudan... 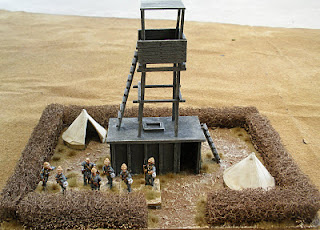 Wales Invaded, 1979...
http://winterof79.blogspot.com/2011/11/newsflash-wales-invaded.html
Interesting as a different alternate history to the one for VBCW.
Posted by J Womack, Esq. at 2:05 PM No comments: 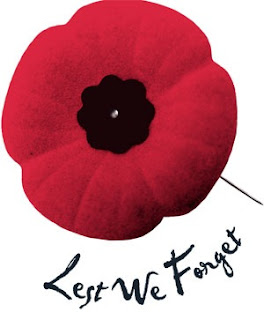 Remember, remember the Fifth of November,
the Powder, the Treason, the Plot!
I know of no Reason
The Gunpowder Treason
Should ever be Forgot!
Caernarfon -- Tonight is Guy Fawkes Night. Celebrated by England for the survival of their King James I, the Provisional Government of the Welsh Republic will instead hold celebrations in honor of Guy Fawkes, who was cruelly tortured and executed for his part in an attempt to overthrow the monarch.
President Saunders Lewis will be giving a speech at sundown, followed by fireworks and a torchlight parade through the streets of the capital, culminating in a bonfire ceremony in which effigies of Edward the Adulterer and his Fascist pig of a Prime Minister, Moseby, shall be burnt. 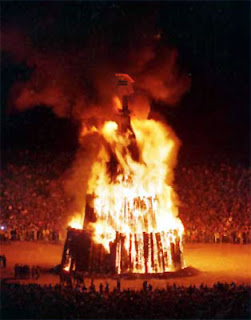 For my VBCW project, this tops the list: the new WWI bus from 1st Corps. 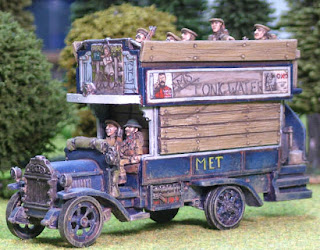 Just the thing for my Welsh Nationalists to charge into action against the British Fascist hordes! I also quite like the Minerva Armoured Car they have there as well. Even though it is a Belgian design, it might go well as a sort of 'technical'. Only have a Belgian crew available, but I think I could manage some head swaps and get there.
Posted by J Womack, Esq. at 12:42 PM No comments: