Survived Historicon and the Move

Hello all! Just a quick note to let you know that I did, in fact, survive Historicon and the move that took place immediately after returning. How immediately? We got home late Monday, and the movers arrived Thursday morning bright and early. So, pretty immediately.

So how was Historicon? It was a lot of fun, as usual. I think I came home with less stuff than I left home carrying, thanks to a decent showing at the Sunday morning Wally's Basement (aka gamers' flea market). I got to play games with and chat with a lot of people that I usually only get to see at the convention: Buck Surdu, David and Kalissa Skibicki, Jon Lundberg, Lon Weiss, Martin Goddard, James (whose last name I can never remember, but he runs lots of 40K themed games), Frank Chadwick, and others. I missed Howard Whitehouse this year, as he couldn't attend. I also made a couple of new acquaintances, so new folks to look forward to seeing in future years.

As for the games, well, I played in several. I posted photos to Facebook from my phone, since that was the only camera I took with me. I'll get a few shots up here soon, I promise. The table for the Frostgrave games was truly amazing, and I need to get some photos of it up. Sadly, I couldn't get into any of the games they put on, but they looked just great and the players all seemed to be enjoying it. I ended up buying a set of the rules and a few figures for a pair of starter bands (a Witch and Apprentice and a Sigilist and Apprentice). So the games I did get to play...


As far as toys purchased, I mentioned a couple already - the Frostgrave stuff that I bought from Brigade Games. I also bought a lot of trays and stuff from Dave's Baggage Train to help me organize my existing collection of minis. I bought a few test figures for a 15mm fantasy line by Battle Valor Games, mostly because they looked fun to paint. I got a paint rack and some 15mm huts from Impudent Mortal (nice folks, turns out the wife went to school with my sister a few decades ago) - and check out their upcoming Kickstarter. The giant ship I bought in the flea market, and I bought a few gifts for friends back home, also mostly in the flea market.

Offspring #2 (Dane) who also went, spent a bit of time in the Hobby University, and has mentioned an interest in painting. I will need to get him a good basic set soon. He did spend a little of my hard earned money buying a few figures to paint, primarily Reaper Bones.

So there's my brief, un-illustrated convention report. It's a long three and a half days, and a long five days of driving roundtrip, so I got home really tired only to have to pitch in to the move, but it was a good time and I really enjoyed the time I spent on the road with my son who is about to head off to college (uni for my UK friends) in a few weeks.
Posted by J Womack, Esq. at 9:18 AM No comments:

On the Road to Historicon 2017 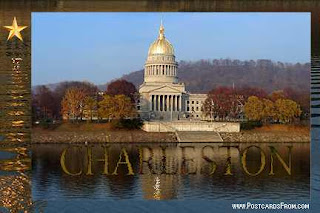 Hi guys and gals! Long time, no post. I've been crazy busy - we are moving! This means lots of packing over the last month or so and not much gaming. So I have been very much looking forward to this trip with my youngest son (who just graduated high school and earned an Associate's Degree at the same time !). We are driving from League City, Texas, to Fredericksburg, Virginia. That's about 1,550 miles (2,460 km). One way.

We are taking it in easy stages going out but have to hustle back home after the convention. So tonight, after two days in the car, we are in beautiful Charleston, WV. Actually, I don't know if it's beautiful or not - it was dark when we got to town. But the hotel is nice (Embassy Suites Downtown, got a heck of a deal on Priceline).

So that's what is going on here in my world. I have been playing a weekly game of Pathfinder with a small group of adults, which is nice. The GM is right at my age and does a good job of storytelling. I've died three times already, but it is more an issue of each of the players dong their own thing rather than supporting one another. Oh well. My newest character is designed to be supportive. Maybe that will work out better.
Posted by J Womack, Esq. at 9:51 PM No comments:

Last year I participated in a a local Tabletop Gaming Day event put on by a nice guy named Curtis. He invited me back again this year, and I went. I even brought a few other people, four guys from the Pathfinder group I am playing in now.

I stayed a lot later than planned. Like, until midnight.

Played a lot of games, some for the first time, some not. I did okay in wins/losses, too, which is unusual for me. I usually lose a lot more than I win, but have fun playing the game anyway so that's what matters most. Here's what I played, and my thoughts about the games.


The cost for the event was a $5 door fee. They held raffles, and I won a $25 gift certificate to a local game store. They also provided food and non-alcoholic beverages all day, including donuts and pigs in a blanket in the morning, lunch of home smoked bbq brisket sandwiches, a variety of sides, a killer buffalo chicken dip, and pizza in the evening.

All in all, considering I got three meals and made $20 while having a good time for about 14 hours, I would say it was a great day of gaming. Can't wait until next year!