Getting close to done unpacking

I'm getting pretty close to being finished with the unpacking process of the game room. Which means I am getting close to figuring out what all I actually lost in the flooding.

I'm fairly certain that I lost virtually all of my GURPS materials. That includes my original copy of Man to Man and Orcslayer (which I just found on eBay and snapped up). It also includes tons of homemade (a la GURPS Vehicles) vehicles and weapons. Literally hundreds of designs spanning almost thirty years, and including stuff my sons made when they were kids. I hate floods.
Posted by J Womack, Esq. at 10:52 AM No comments:

And some more minis

A few bits and bobs here. I got some more Bolt Action figures finished today too but I haven't taken photos yet. I will get those up next time, I promise. 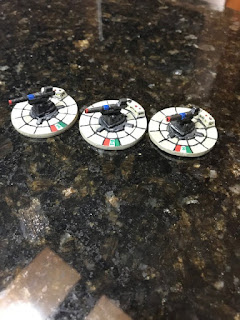 A trio of Minotaur Howitzers. This particular battery is based out of Mexico
in the North American Combine, hence the flag on the concrete pads.
(OGRE, 6mm sci-fi) 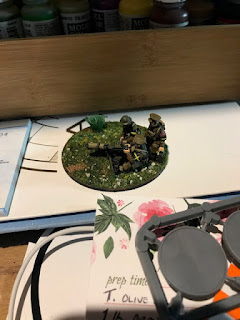 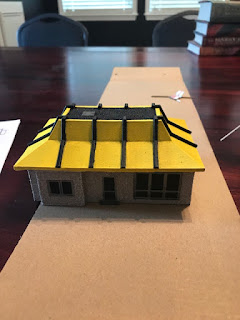 A repainted Fast Food Restaurant for Team Yankee.
When I get the sign on it, it will be a Waffle Haus.
Thinking about trying to do some window inserts, too.
(Battlefield in a Box, from Battlefront, repainted by me) 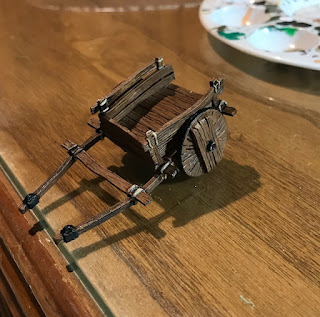 Finally, a humble cart for Pathfinder or D&D, or any RPG

So here are a few more pictures of the game room, which is coming together nicely. It would go faster if the kids didn't keep having friends over for D&D and moving stuff around so much... 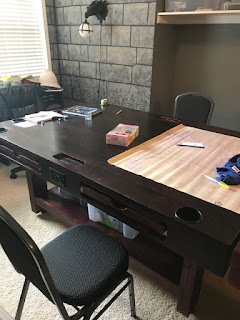 The finished RPG table, with drawers, cupholders, power outlets, dice trays...
Oh, and the dragon light on the wall, which I love. 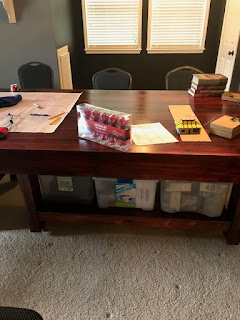 The finished Wargame Table - note the storage underneath, very handy 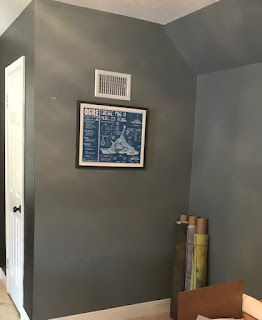 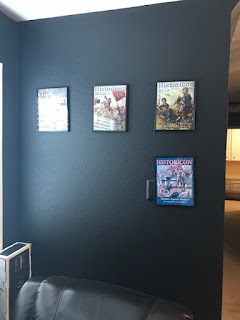 More art - Historicon program covers. I have a few more I need to re-frame and hang. 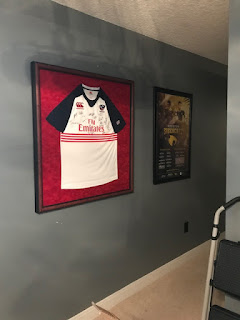 I still need to put up some curtains to control temperature better (and provide better mood for the RPG corner). And fix the projector. ANd finish upnpacking boxes and arranging stuff. And I am still on the lookout for a good Galaga/Ms PacMan arcade game...
Posted by J Womack, Esq. at 6:24 PM 1 comment:

Here are some photos of the game room. It has actually advanced a good bit since this point, but I haven't got those photos handy at the moment. I will see what I can do to remedy that in a few days. 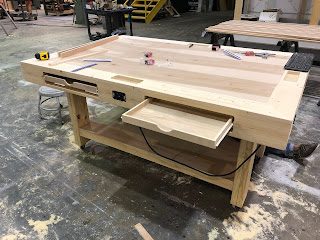 Custom table for RPGs in progress.
Each side has cupholders, drawers, and a power outlet for a tablet.
Also, a storage shelf underneath. 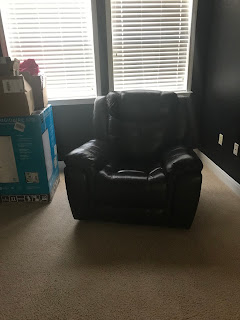 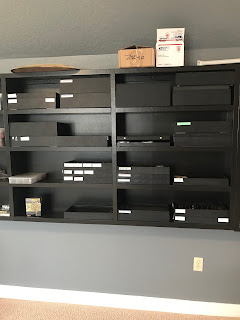 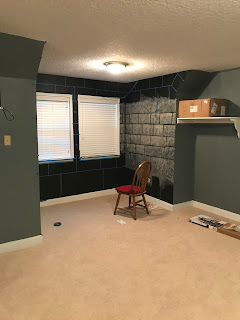 WIP shot of the stonework going up 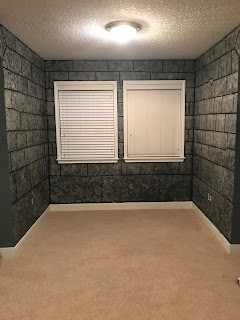 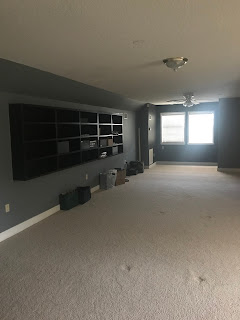 We have painted minis! At last!

To be fair, these guys were mostly done before the move, so it's not quite as exciting as all that. But still! These days, any progress is good progress. So yay!

First up, some of Warlord Games' Bolt Action figures. These are Early War British (BEF) and Home Guard figures that I am planning to use both for Bolt Action and Very British Civil War. 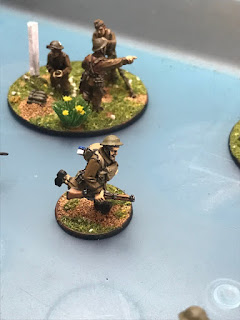 Running to the front. Traditional enameled teacup accounted for! 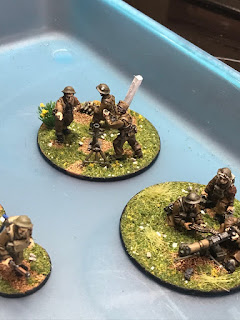 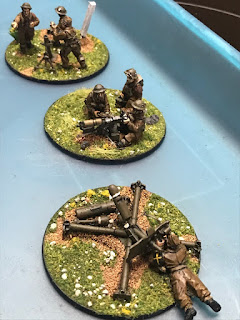 Notice the Free Wales armband on the bombard gunner.

Also, a few more. Here, Mister Bertram Wooster, of London, does battle with a Weeping Angel... 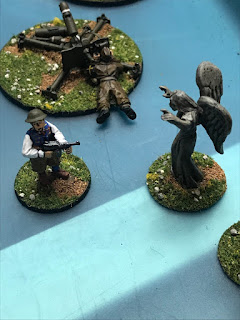 Bertie is another bit for my Home Guard/VBCW collection.
The Angel is from Reaper. 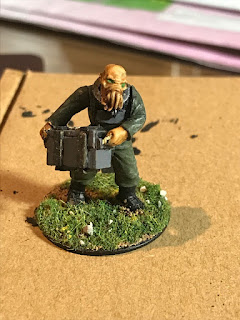 From Victoria Miniatures. This octopoid fellow is a slave labor
heavy weapons crewman - he carts ammo. The story behind it is
that the German Empire rules the part of Venus from which his people
hail. They are used as heavy laborers in the colony. (VSF, obviously - I hope?)

I hope you enjoyed them. I have several more figures similar that are nearing completion, then I am going to move on to painting a Soviet force for Team Yankee. Maybe I can get that completed before my gaming group moves on to another game...
Posted by J Womack, Esq. at 12:13 PM 1 comment: