Well, I finished a few more things today, but I don't think I am going to get the last 11 15mm figures on the table done before midnight, so... this is the o-fish-ul last post of material this year. Plus, my beloved Texas Aggies (Fighting Texas Aggie Class of 1994, right here!) just won a hard fought bowl game against Duke, coming form 21 points behind to win by 4. And the gluten-free brownies for tomorrow's lunch came out awesome (I tried a 'test' brownie - with ice cold milk).

So, without further ado... some Ogre minis! Oh, and a slipped in shot of some Martian shield gunners. 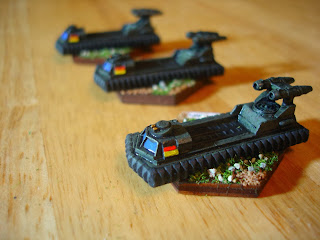 A Paneuropean GEV-PC, in German service. 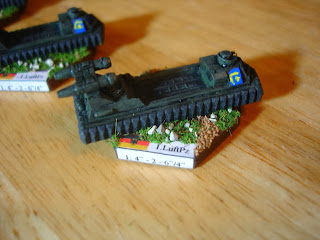 All of these GEVs are part of I.Luftpanzer Division. 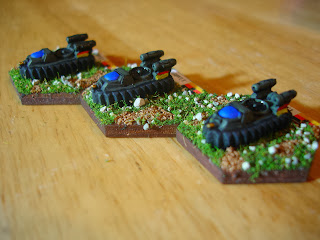 A trio of Paneuropean "Cossack" LGEVs.
In German service, I call them Luftpanzerkampfwagon I. 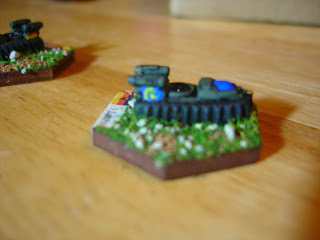 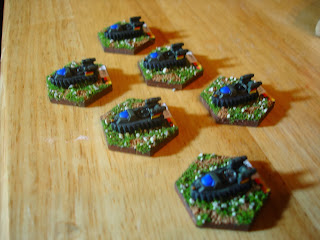 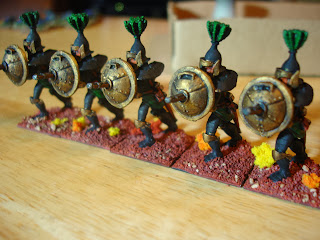 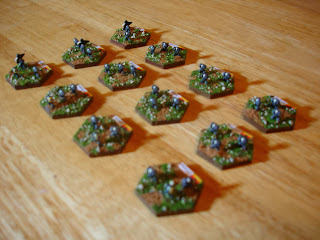 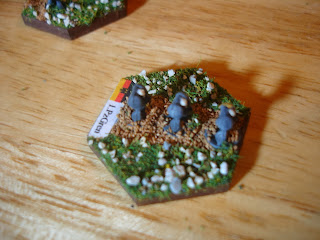 A close up of the command for C Company.

Some of the things I have finally finished up over the past few days, as I got the chance to do so. 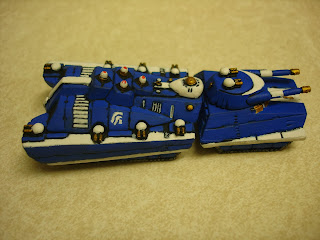 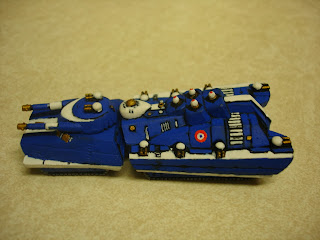 This is a French Fencer. Its main armament is a collection of missile racks. 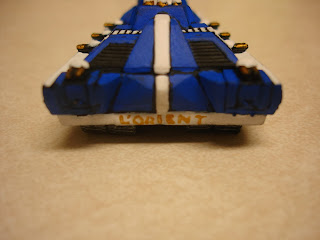 It is named L'Orient. The original Orient was a French ship of the line
that blew up at the Battle of the Nile when her magazine exploded. 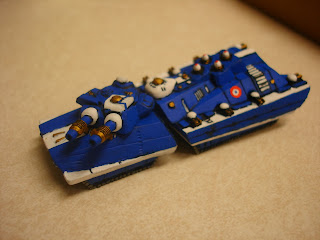 It has both the original turret and the up-gunned Fencer-B turret. (Shown here and below) 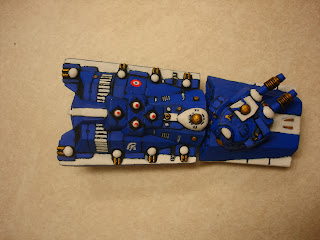 I hand painted both the Paneuro logo (the Corinthian helmet) and the French roundel.
The roundel was easier. 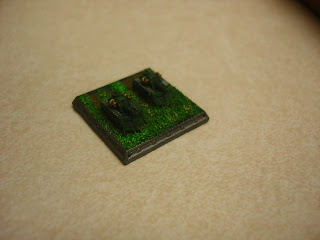 Five of these small tank bases were completed for my Dystopian Wars Prussian Empire force. 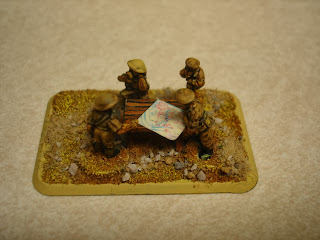 This is the Staff base for FOW British 8th Army artillery. 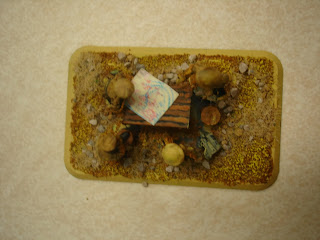 The map is a printout of an actual Tobruk map. 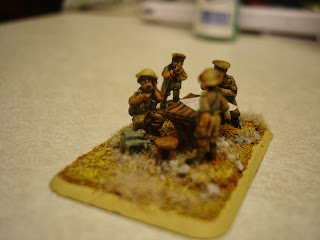 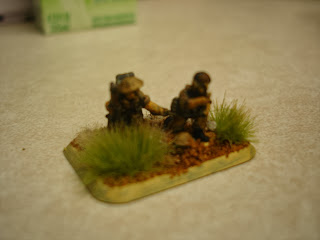 An observer stand. Note the sparse brush they are taking cover within. 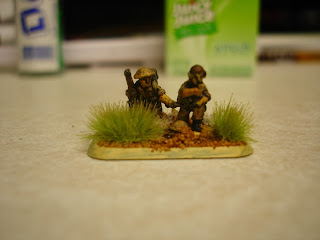 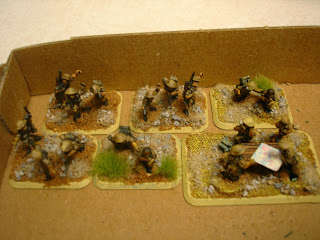 The entire Artillery HQ. Now I need to paint some guns.

I have also finished painting the five Martian Shield Gunners that have been languishing on the table, but no photos just yet. I have updated my painting log, and I am just at 100 28mm figures this year. Pretty good. I am going to try and finish some more 6mm vehicles for Ogre (the Luftpanzer company I received for Christmas, for example). I will also try and finish off some more 15mm figures. I have ten British naval Brigade troops on the painting table right now, and I am considering tackling a batch of 15mm salamander men from Khurasan that I got from Eli a couple of years ago, but never figured out how I wanted to paint them. Now I think I am just going to go with classic green and get them on the table!

This year, as usual, I got very little in the way of gaming-related items. But what I got was pretty cool.

From my mother, I received two of the now unavailable boxed sets of Ogre Miniatures: Paneuro Set 6 and Paneuro Set 4.

My lovely wife bought me the Ogre 6E Exclusive counter sheets from BoardGame Geeks. I particularly wanted the not-Godzilla and the radio tower. The Ogre Ninja and extra Mk. VI were nice bonuses to those.

And that's about it, strictly gaming-wise. I got the boys some Munchkin cards and dice, so it was definitely a Steve Jackson Games bonus Christmas...

In the comments, please share what gaming goodies you may have received this year.
Posted by J Womack, Esq. at 8:52 AM 2 comments:

One is the semester of school, with the submission of my 13 page paper titled "Collaboration in Three Balkan States, 1941-1945." We will celebrate tonight with Hobbit-y movie goodness. SMAUG!

The other is my punching out and constructing the pieces for Ogre Designer's Edition. It only took about three weeks.

The image above is Steve Jackson Games's version. Mine is a bit messier, with the pieces of Nihon Empire kit sitting in one of the empty bays.