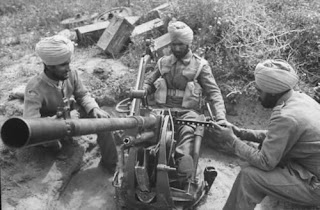 
I have finally finished a few miniatures this year. Yes, these are the first truly start-to-finish items I have managed to paint so far this year. Nine 15mm tanks for my Flames of War British 8th Army collection. These will support my 4th Indian Division infantry company. 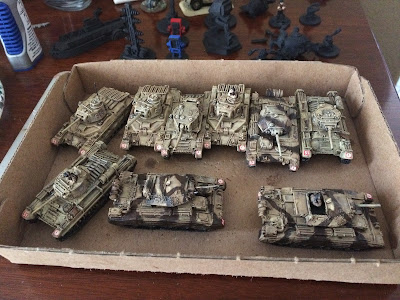 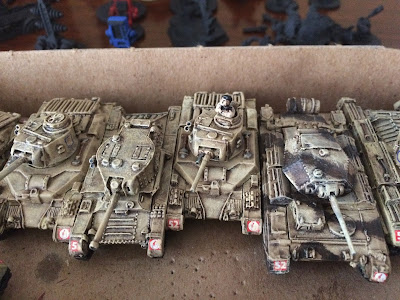 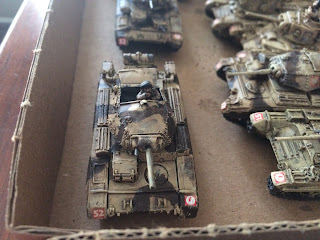 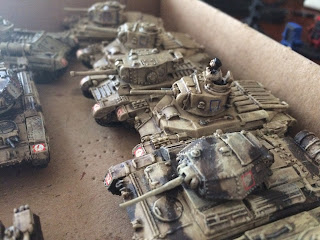 Yep, turret markings are done too. 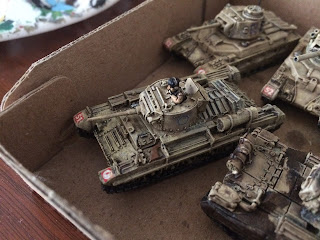 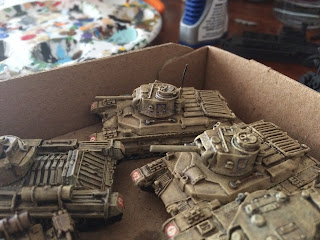 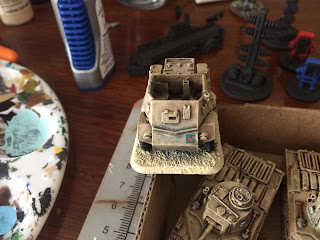 Brexit: How does it affect gamers?

Brexit has passed the UK's voters. As a result, they will be leaving the European Union sometime in the next few years (I understand there's some provision for a period of time to be used making necessary policy adjustments, etc.).

While I want to remain out of the politics of it, I'm curious as to how people think it will affect that most vital demographic: the gamers. Will it help gamers in the UK? What about gamers in the rest of Europe? Or in the US?

As of this moment, it seems a plus for the US because of the effect Brexit seems to be having on the pound sterling. It's dropped a good bit against the dollar, meaning this is a good time to buy British products. Does that substantially harm the British manufacturers? I hope not, as I am on good terms with more than one of them (yeah, Martin, I mean you!).

Anyway, I'm interested in what you all think. Please spread this around - I'll be mentioning it on TMP as well. Please comment below. And please, no vitriolic rhetoric. I know some people are quite incensed and others are jubilated by the results of the vote, but I'm interested only in the specific sense here.
Posted by J Womack, Esq. at 11:44 AM 3 comments:

Back to the Table

I have returned to the painting table in a limited fashion over the past week or so, after months of being away from it. As you can see in the sidebar, I have a goodly number of things in the works. I haven't any photos as the only operable camera I have is my phone and the light wasn't good enough to get a decent snap. I'll try to add piccies later this week, alright?

The nine tanks are for Flames of War, my British 8th Army forces. Almost finished with them, actually - just a bit of weathering to do on the decals and they are done. With these finished, I will have an additional three platoons of tanks to go with my existing Grant and Honey platoons. About seventeen tanks in all, essentially all support for my infantry company.

The two India Pattern Carriers are nearly done as well, and are also for my Indian Infantry Company. I've misplaced their pintle-mounted Brens, but I was planning on using them as command vehicles or observer vehicles anyway. I think they need a whip antenna instead. Just need to add the antenna, paint up a couple of crew for each, and paint the attached bases, flock them a bit, that sort of thing.

The force-field pylons come from the Macragge box set for W40k. I will buy them if you have more. Zach found these at a game store we rarely frequent, in their random bits for sale box. He snapped them up for me. I use them for sci fi and VSF both: anti-dinosaur energy fences are a must have for the well-heeled safari on Venus.

The Flea is an old mini I have had banging around for years. Nothing new there! It's the FLE-15 Ral Partha sculpt 20-805. So far, it's primed black. I have to go back and check which color scheme I was using on the light mech lance some years ago.

The 15mm sci-fi trader and the vending bots are mostly just scatter designed for my Gruntz table. The trader may become a faction commander if I ever get there with him. The bots are headed towards opposite ends - one Coke red and one Pepsi blue. I may repaint the yellow one I did a year or so back to be a taco vendor or something. Maybe go with a red, white, and green scheme? Or just paint TACOS on the signage. That would be easier. These minis are from The Ion Age.

Anyway, a quick update on what I have been doing. It feels good to be getting something done again. Also, I have a game weekend this week, playing the North African FOW campaign again this Saturday. Last time I went 1-1. This week I want two Allied victories. Now if I can just keep the DAK from rolling up a Tiger as a Firestorm unit...