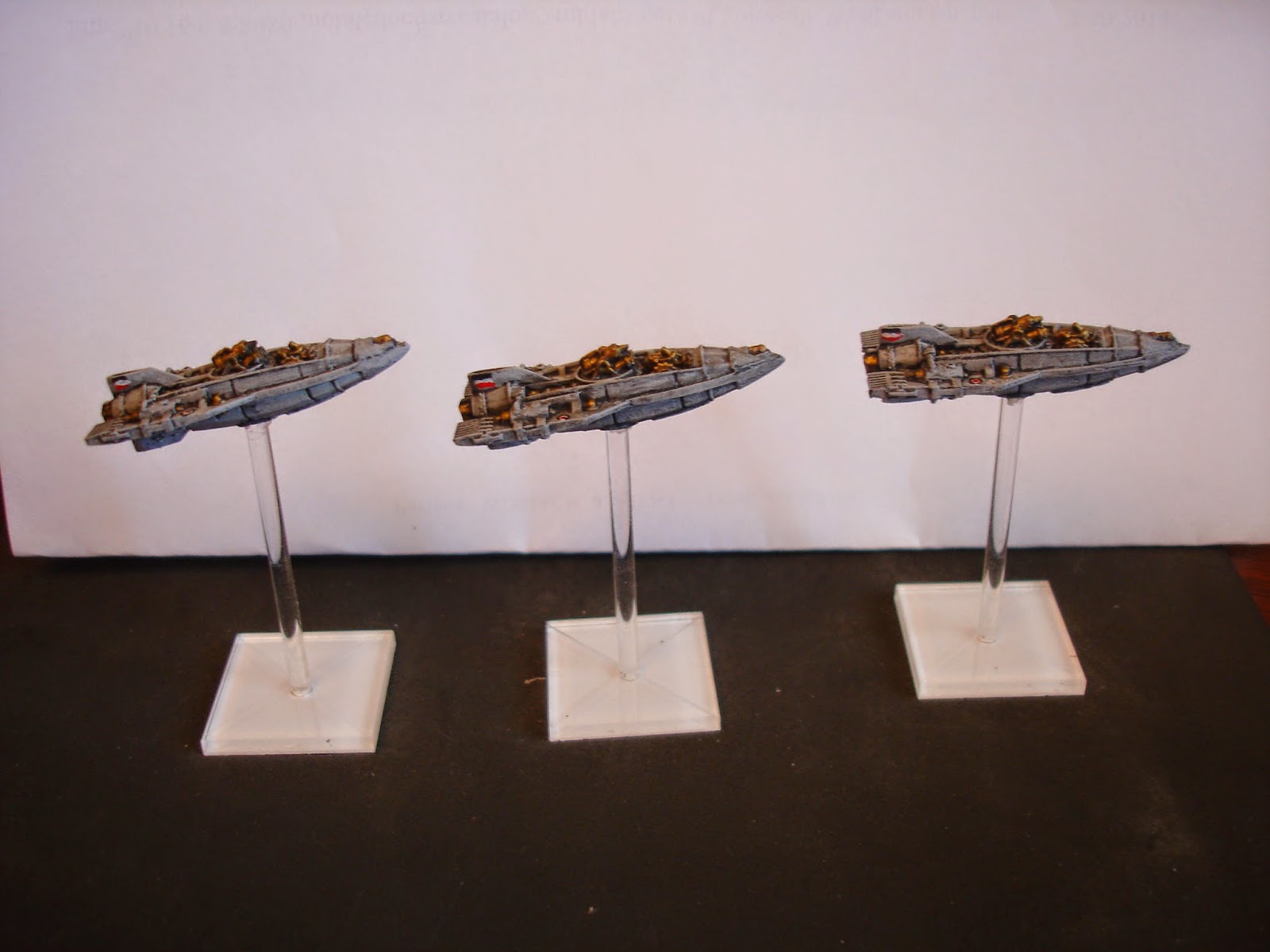 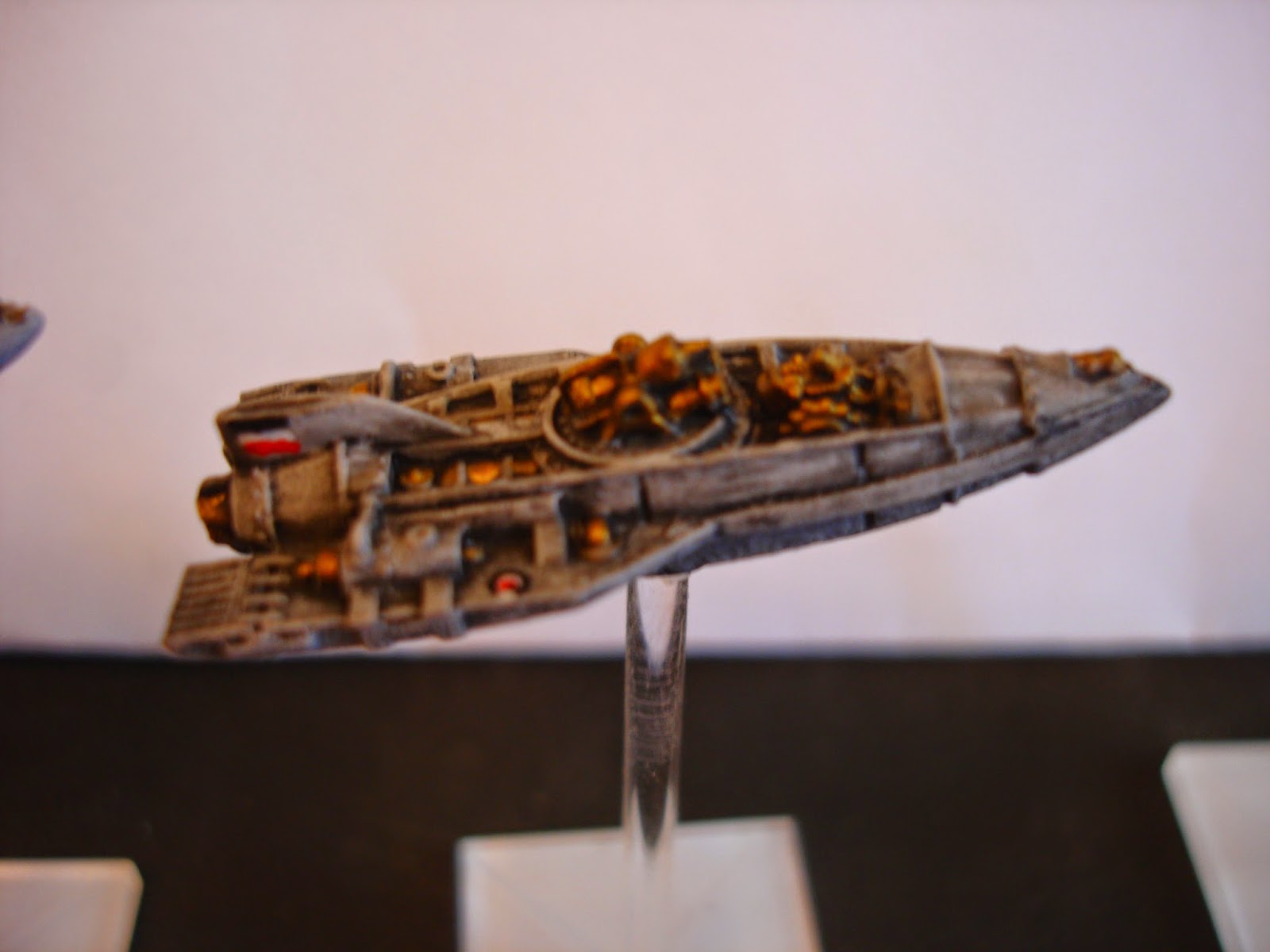 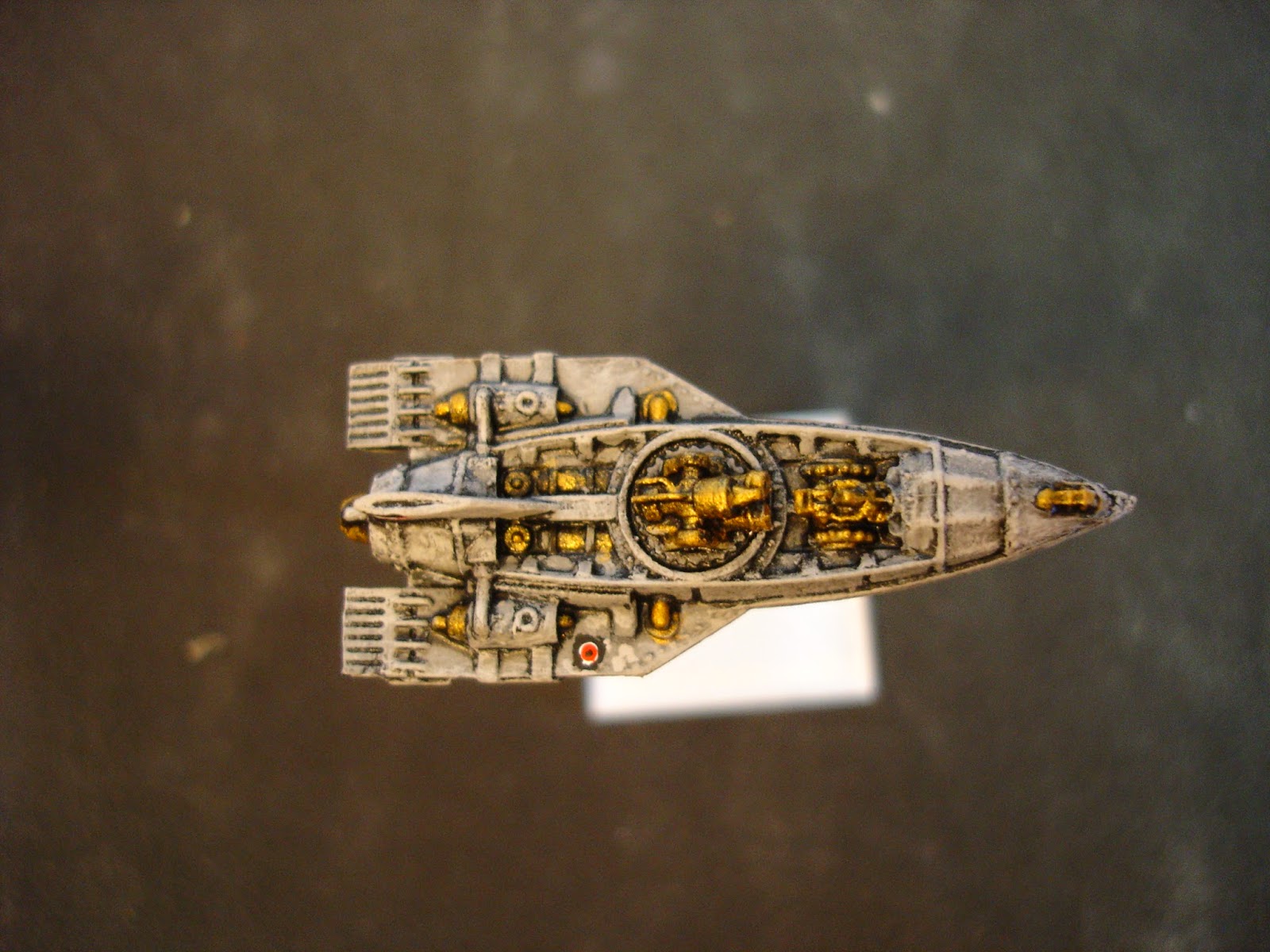 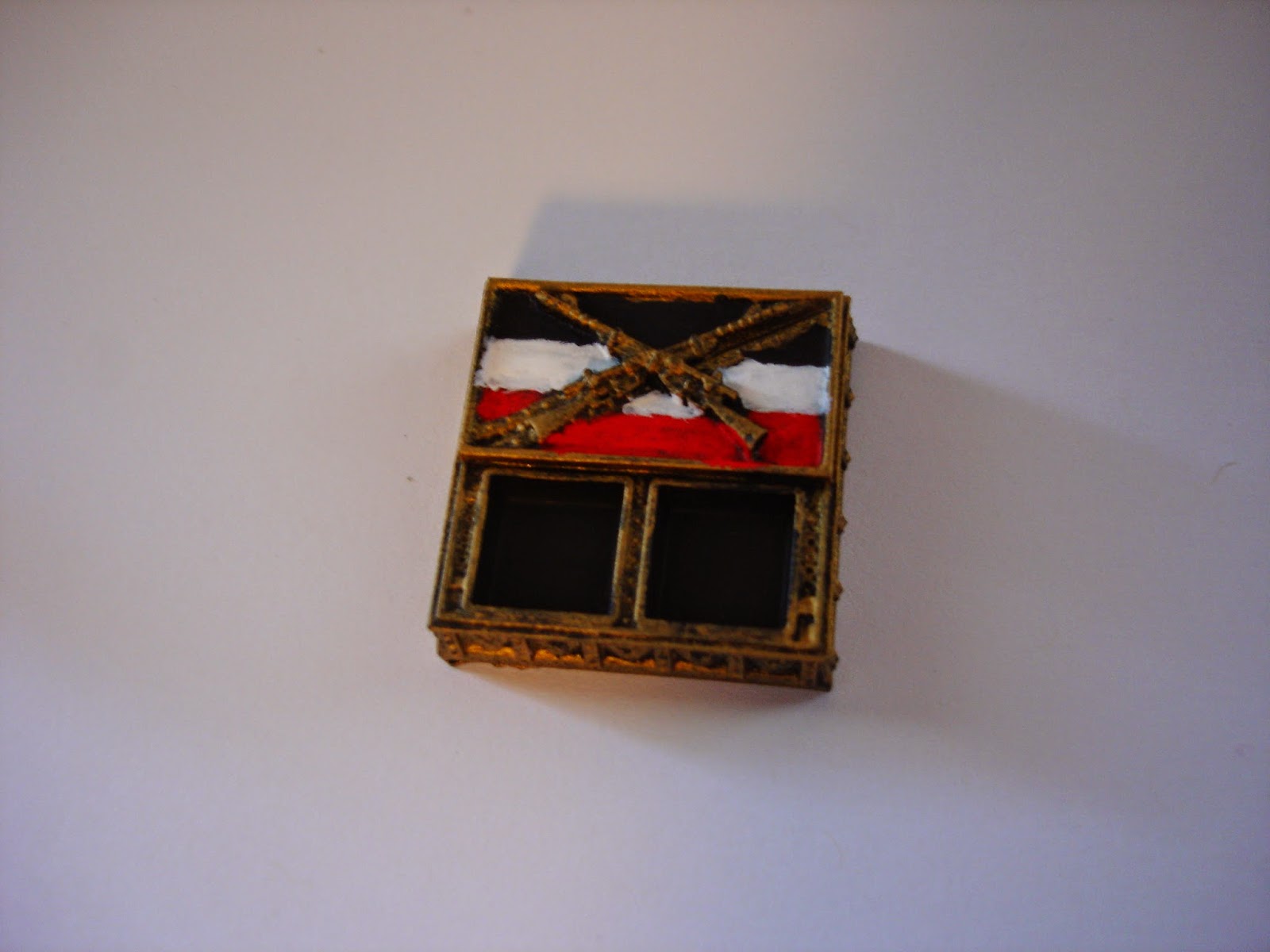 I need red and black dice to add to them. 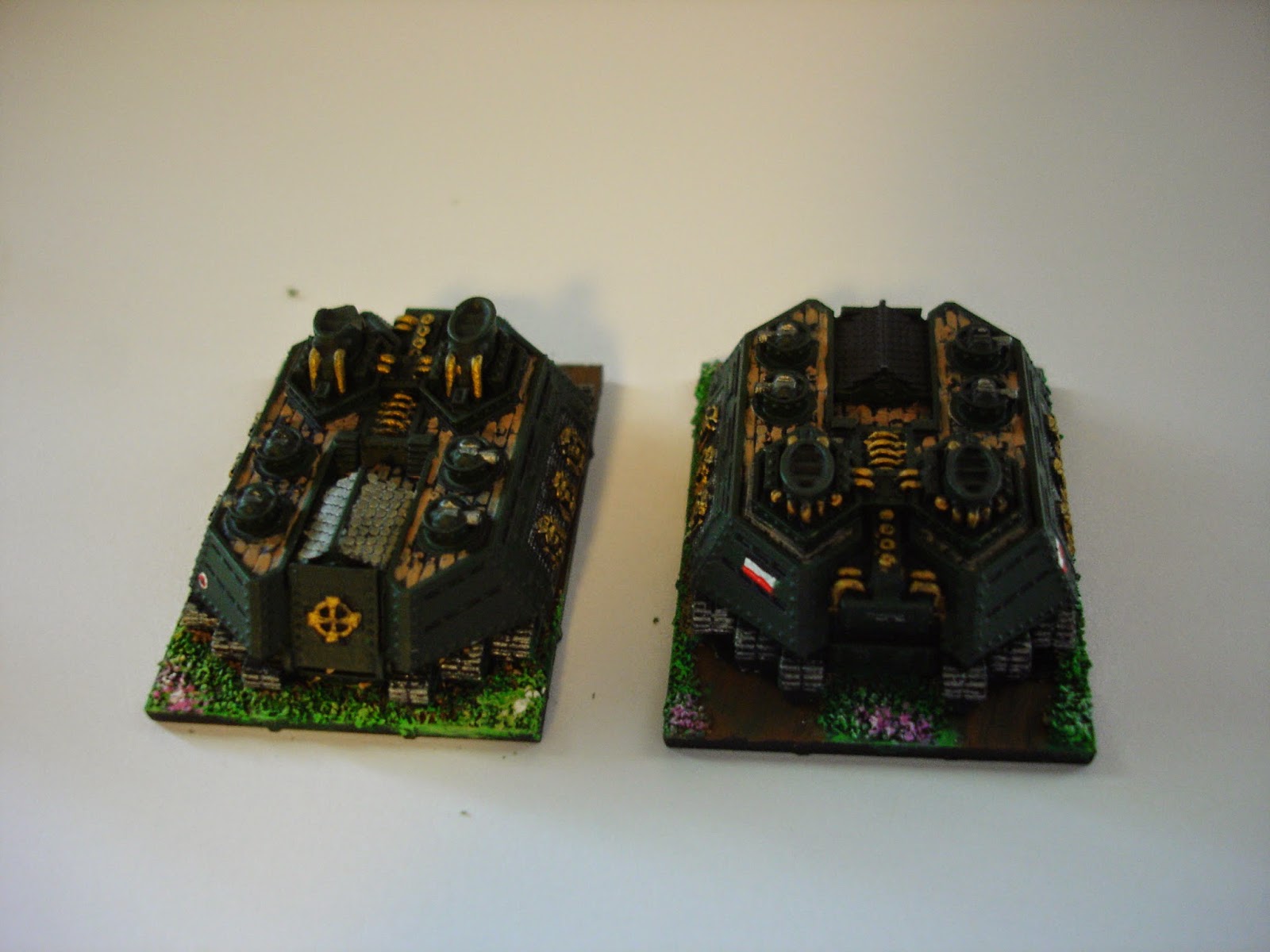 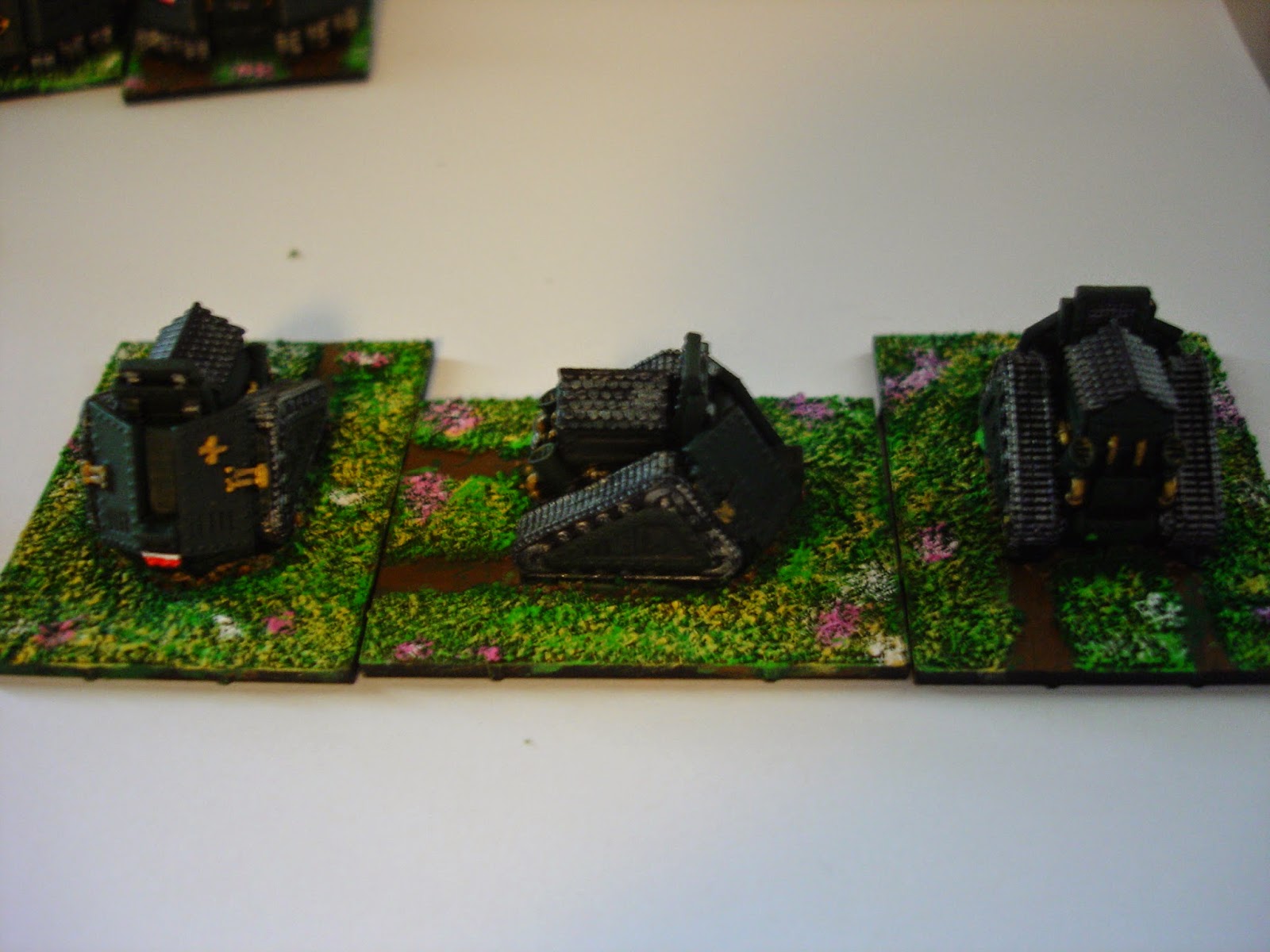 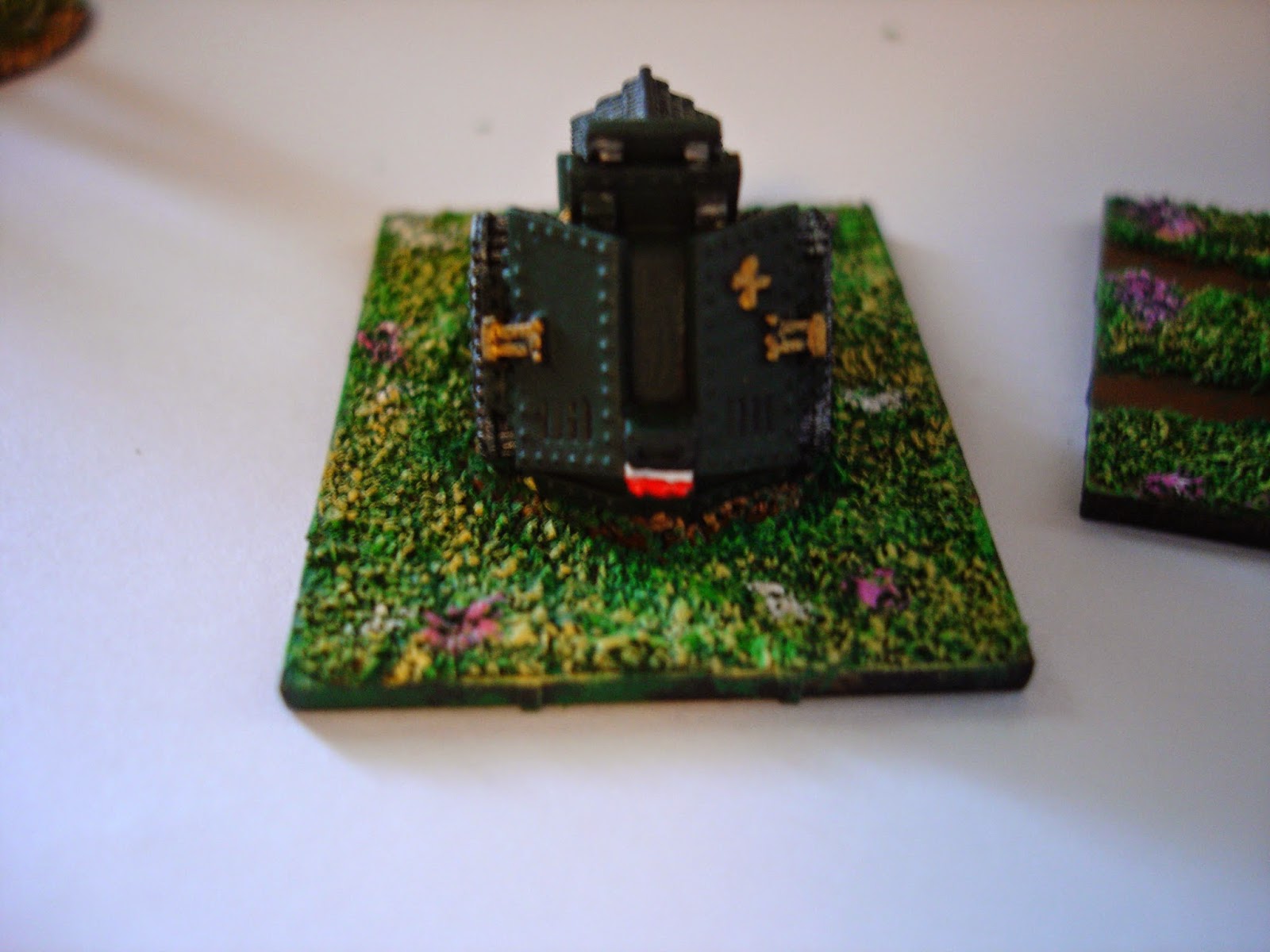 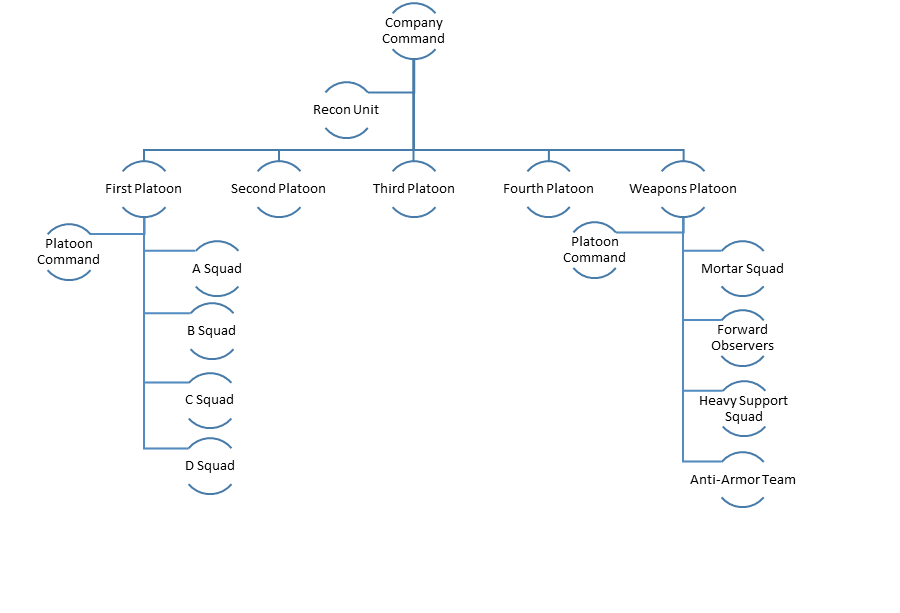 As an additional thought for my considered 15mm science fiction company-level project, I have this chart to organize an alien force. I'll discuss which forces I am considering for the project at teh bottom.

This alien company is divided into five platoons, each with a command squad (1 base) of its own, plus four squads. First through Fourth Platoon each have four infantry squads (1 stand/squad, 4-5 figs), designated A-D. This force structure gives me roughly the same number of bases for the alien force as the human, while not being exactly the same.

An alternative with less command and control would be: 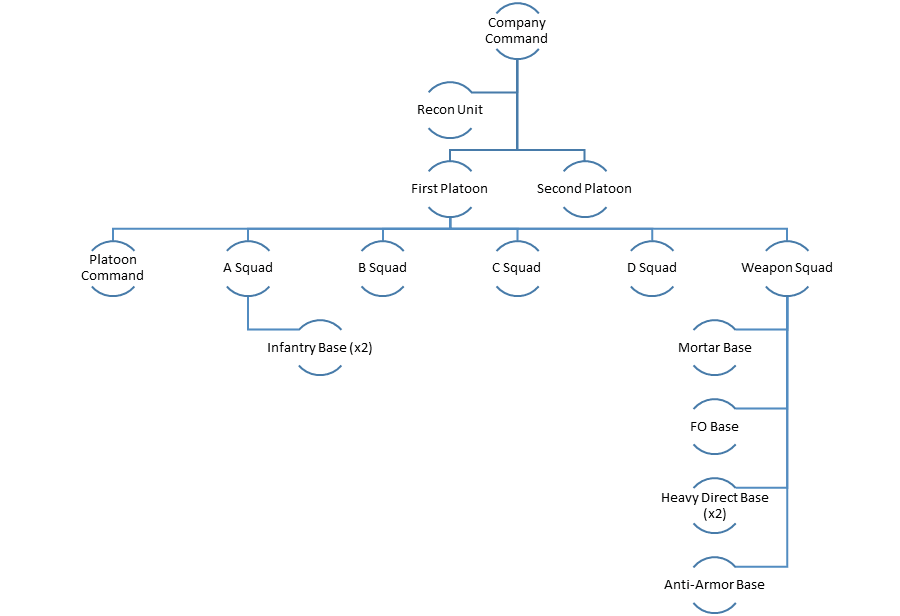 Of course, I am using Terran standard terms for each level of organization and it's enumeration/designation. Alien races would use different terminology. The Felids, for example, would call the company a 'hunting party', the platoon a 'paw' and the squad a 'claw.' Each would be named for its leader, so if the senior 'paw' was commanded by Fnarsk Srrth, it would be the Paw of Fnarsk (clan name), and his Platoon Command would be the Claw of Srrth (personal name).

ONe difference from my human forces is that I am also not tied to the use of mortars. Humans like the things; perhaps other races do not. Maybe other races have integral grenade launchers in their infantry squads. Maybe they have more FOs and use more long-range light and medium artillery. Either way, the flexibility opens up more ranges for me to choose from. I want at least two - the whole point is to get some flavor in this, and one alien race versus one human force every time I play lacks that flavor.

So here are the forces I am strongly considering:

Considering my next major dive.

Okay, so I have just a few irons already in the fire:

That's just what I can think of off the top of my head. So it's a given that I don't really need anymore, okay?

But I am really getting interested in some 15mm science fiction skirmish to company-level gaming. So many awesome figures already out there, and Eli Arndt's Loud Ninja Games putting more awesome alien stuff out... I feel like a junkie - I just need one more fix, man!

So, I want to do this at a reasonable level to start. I have some rules to get me going already, nice and generic so I can use any figures I want.

I am thinking stand-based company-level to begin. A full company of infantry for each side, plus a few vehicles (assigned as individual vehicles). Maybe a couple of APCs for each side, one heavier ground vehicle, and some kind of air support. Here's my outline for a human force, just over 100 figures total, not including vehicles.

As far as options to fill this force, I am considering all of the following:


I like the infantry from several other companies as well (Rebel Minis, Clear Horizon, HOF, Laserburn, Ion Age...), but they don't have any mortars, and I really want mortars as an integral part of the company structure. I would consider them for skirmishing, where all you would have would be direct fire weapons - all indirect would be off board, even the light stuff.

A bit of painting done

Real life has been a bit tiresome and irksome and keeping me away from fun playtime stuff this past month or two. Sorry about that.

However, I have been able to steal a bit of time here and there to work on the lead mountain a bit. I promise I will try to get some photos taken care of soon, as well, but for now a textual description of progress is better than utter silence, right?

I also finished the Society of Thule box set for In Her Majesty's Name, finally. Only took the best part of a year - that's pretty quick for me! That's eleven Prussians to face my already completed Lord Curr's Incorrigibles and the Servants of Ra, plus the Mechanickal Minions of Otto Maton, and a British Rifle Company. I could probably just about field a company of cowboys, too, if ever there was an adventure in the United States. Hmmm...
Posted by J Womack, Esq. at 9:13 AM 1 comment:

The Deutsches Afrikakorps Online Archive: DAK TODAY - AfrikaKorps LEGO Diorama: Diorama shows a group of German soldiers You can find here a model of the Sd.Kfz.222 armoured card and the Zundapp motorcycle. There are ...

(This is really cool. A good site for some information about the DAK, too.)
Posted by J Womack, Esq. at 9:07 AM No comments:

At least so far as gaming content is concerned. Last vacation and then solid hard work has been keeping me from gaming, painting, and blogging.


I could talk a little bit about winning another game of Flames of War. Just as my group is starting to decide we want a change of pace. Yep, I start to figure out how to play the game finally (the secret is to remember that it is an objective based game), and then we change games!

I did buy some more FOW minis, too. Some desert stuff, including a few Germans for my slowly increasing DAK forces. I figure by about 2017 I should be ready to play some desert battles...

I have been painting some Dystopian Wars stuff, too. Six infantry tokens all tricked out. Plus working on a few vehicles.

And some IHMN. Society of Thule is finally on the painting table. Call them about 50% done. Among other things, I am still fidgeting with the flesh color for the Todtruppen.

Bought into X-Wing. I have the starter set, an A-Wing, and a TIE Interceptor. Played once so far, and enjoyed it.

Anyway, I know this isn't the most exciting post I have ever shared, nor the best written, but it's a little something to appease the masses and assure you all that I am not dead, not wounded, and not missing. Well, maybe missing.