Well, I made it around again. That's 45 consecutive laps of the third orbital. And my time is great - right on target - exactly 45 years for 45 laps. Woot woot! What a pace!

Anyway, I'm celebrating with a game of Pathfinder tonight. Already did the dinner with the family and friends back on Saturday night. Yummy German food and good beer (Spaten Optimator).

I also got a few things finished up on the painting table over the weekend. I now have a second full platoon of USMC riflemen ready to assault the beaches. I'll take pictures soon and post them here. I also finished up the light mortars for my SCW rifle platoons and two 37mm antitank guns, and a new company command stand that only lacks it's banner: 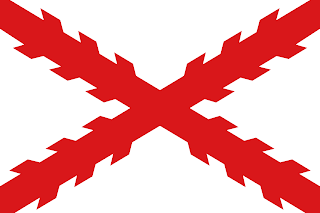 Finally, I have an additional nine 15mm sci-fi figures finished with painting, just waiting for a little basing and a clear coat. Six of them are security robots from Khurasan. I painted four of them in the same blue and yellow scheme that I used on the previous robots. But the other two are painted as renegade robots - joining the star viking crew. Ah... those motley pirates are growing in leaps and bounds!
Posted by J Womack, Esq. at 12:30 AM 3 comments:

I have been progressing well at the paint table the last week or two. Taking a moment to gather (and share) my thoughts.


I have almost finished the second platoon of Marine infantry, eight more bases of four figures each. In addition, I ordered some of Battlefront's War Dog teams, a USMC Engineer Assault Squad, an LMG platoon (M1919 .30 cal), and some M3A1 37mm AT guns. After that, I just have some odds and ends to fill in for variety (at least as far as purchasing goes). I think the next group of Marines to get painted will be my 60mm mortar platoon.

While I'm at it, I also put the gun crews for some Nationalist Spanish Civil War antitank guns on the painting table, and a new company command stand. They are almost finished, with all the base down, and the ink washes done. Just a bit of highlighting and basing, then clear coat and done. That will bolster my forces nicely.

I discussed yesterday briefly purchasing some additional Ion Age figures for my Star Viking force. I'll be adding more Maligs to the crew, some random picks from what Ion Age offers. I'm painting up some older random sci-fi figures right now too. Some security robots which I think will be added to the Star Vikings and the crew of the Biscuitship from Khurasan. These are definitely not Joel, Crow, and Tom from MST3K. Nope. I'm going to group base them, use them perhaps for an objective marker or something scenario driven, like the scientists.

Finally, let me leave you with this newly finished park terrain piece. Yes, the benches are painted like Pokeballs. 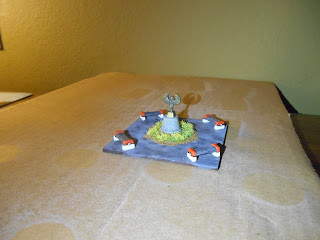 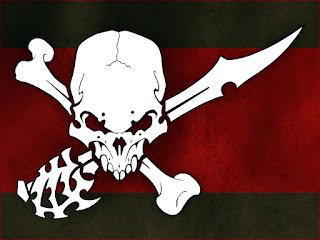 Image not mine - but it's cool.

As promised previously, here are a few snaps of the Star Viking / space raider force's air support. The camouflage pattern here was painted for the raid on Harrison's Star (MW3-556B2-III), with it's odd purple foliage and mustard yellow skies. 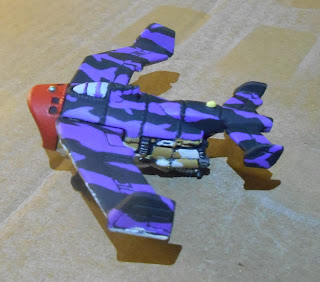 Obviously started life as a Matchbox plane.
The massive intake looked vaguely "Prang-y" to me. 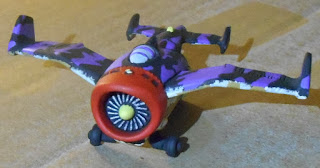 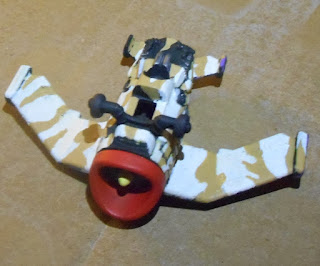 I think I am going to add some bombs or rocket pods or something below the wings to help give the impression of a ground attack craft.

Also, I just ordered a trio of these fellows (below) from the Ion Age. While I was at it, I picked up a few odds and ends of other Maligs to add to the ever growing motley scourge that is the crew of the Five Dragon Reaper Sword. (Never translate literally from Prang to English - it comes out wrong, as you can see...) 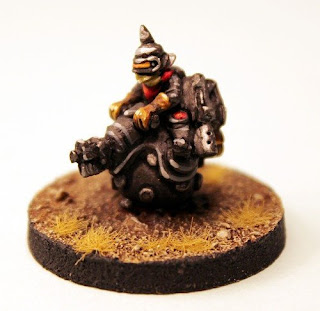 No work done on hobby projects the last couple of days because my family and I went to Round Rock, Texas (just north of Austin), about three hours drive from home. Why? To watch the US Men's XV play the side from Brazil in the Americas Rugby Championship tournament. 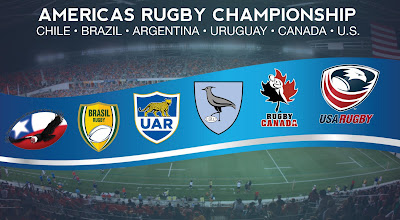 Since it was set in a baseball diamond, not all the seating is excellent in terms of angle, but the distance to the field is quite close.

All in all, we had a great time, and the US trounced Brazil soundly, with a final score of 51 - 3, and the US side scoring eight tries. Well done, lads! Especially enjoyed seeing Todd Clever and Cam Dolan, a pair of players we have met a couple of times. Todd's as easy going a fellow as you have ever met, until he steps onto the pitch, at which time he becomes a beast. Cam took the time to spend well over an hour talking with my youngest son about rugby when he was a high school player, giving him tips. 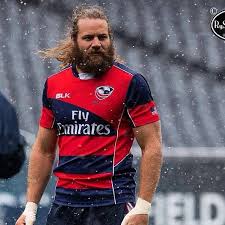 Todd in the snow looks like a Viking War God

Now if only Wales had prevailed over England this weekend, it would have been a just about perfect weekend of rugby.
Posted by J Womack, Esq. at 6:14 PM No comments:

Arrrr! Here there be scurvy space dogs! I had the idea that I would use some of the leftovers from other forces and random other 15mm sci-fi figures into a force of mixed species frontier raider types. These are the first of them finished up.

I decided the Prang would be the engineering crew and the captain. I have one more which I may simply make an able spaceman, generic crewmember.

Rear view. You can see Captain Hrud's pet Vermillius on his back and shoulder.

Here are some humans (and one near-human, but you can't tell in this photo). These are Ion Age Human Betrayers. I liked their punk/rebel aesthetic.

Left to Right: Vargas and G'li, Haskell, Joubert, Castro, and Humungus. All are generic pirate raiders.

Rear view. G'li, the fellow in the tiger stripe jacket, is non-human, by virtue of a blue paint job on his skin. His twin, G'loo, is still on the table.

The current plan is to add another Prang, three or four Felids, a selection of Robots, another human, and anything else that strikes my fancy. Seriously considering some of the new Ion Age Malig monobike things (orb-bikes?). I have an already painted Malig campaigner who is destined for this crew. No Chuhuac, though, as I think they are too predatory towards other life forms - the crew of this ship would be food for the Chuhuac, not allies. I have an aircraft already painted up as well, but no photos yet. I'll post it later.

Haven't decided on the ship's name, though.

More thoughts: the Prang wear armor as a result of their position aboard ship. Engineers need protective gear in the likely-to-be-leaking reactor spaces of the vessel. Right? Plus, the humans are easily replaced cannon fodder.

Off to Austin. See you after the Eagles' victory!
Posted by J Womack, Esq. at 8:00 AM 2 comments:

Got some more brush time in lately. This installment is the HMG platoon for my US Marines. Armed with the M1917 water-cooled .30 caliber machinegun, these bad boys would keep firing as long as you had ammo. Never jammed, which was nice in a jungle when the Japanese were banzai charging you, I imagine. 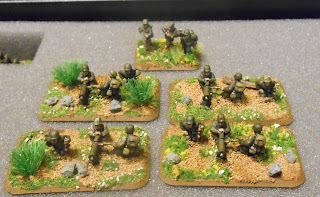 I have some new tufts I used in these bases, too. I like them for tall tropical island bushes/grass. Anyway, the project moves forward apace. Which feels good.

I'm also working on some more 15mm sci-fi guys for the star viking multi-species force and some more 15mm Spanish Civil War, specifically the AT guns and Brixia mortars for infantry support. I'll share photos of the sci-fi progress tomorrow, but it may be a few days before I have the SCW requetes ready for photos.

Why the delay? Well, I have to go to Austin tomorrow to watch the USA Eagles whup up on Rugby Brasil. So I got that going for me.
Posted by J Womack, Esq. at 8:04 PM 5 comments:

I mentioned a while back that I was ordering some terrain from Miniature Building Authority, in particular their 15mm Town Church.

After I placed the order, Kirk at MBA shot me an email letting me know that a sale was starting the next day, at 50% off. He offered to give me that price, and I took him up on it! I also took the opportunity to add some row houses to the order, keeping me at just about the same out of pocket, but basically getting two for one. Now that's great customer service.

After I got the buildings, I pretty much immediately pulled them out of the boxes and checked them out. Sadly, I am not as impressed with these as with all of the other MBA items I have purchased. The problem is in the fit of the pieces - they just don't fit as well together as the other MBA pieces I have purchased. Those were mainly desert buildings and the Vietnamese jungle set, all 15mm. I don't know if the molds are getting a little dated, or if they flexed a little too much coming out of the mold, or what. They are certainly still usable, and will be put to use as soon as I can manage it. Just felt it needed mentioning. Also, I haven't complained to MBA, and don't plan on it. They aren't so off as to need that. Just that I have come to expect a high standard of perfection from MBA and these particular pieces aren't quite up to their usual.
Posted by J Womack, Esq. at 12:30 AM No comments: