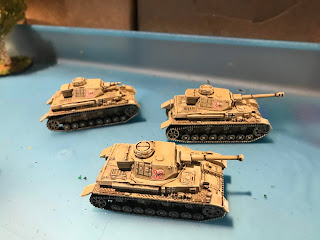 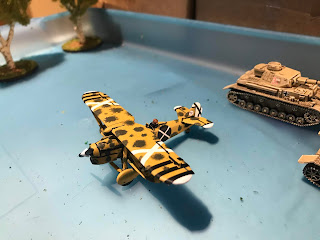 Fiat Cr.32 "Chirri" for the Nationalists in Spanish Civil War
1:100 by Minairons 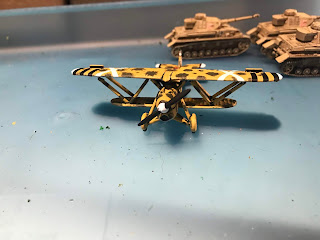 It's a cool piece but a little fiddly to put together. 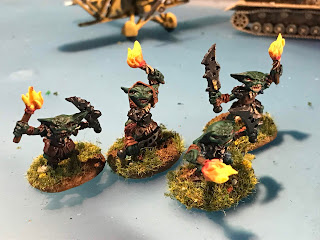 I haven't talked about so many gaming things happening in my life the last few weeks.

First, I went to DesotoCon, in Kansas, back at the end of July. I started a blog post about it and will finish it, I promise. It's even going to be back dated so it will appear before this one. Not many (any?) photos from it though. Well, a few, I think.

The next week I went to Indianapolis for GenCon. Met a lot of great people, hung out with some friends from Thread Raiders, Saving Throw Show, and Dragons and Things (best Pathfinder liveplay stream, Fridays at 6:00 Pacific on Twitch). Bought a bunch of stuff. Again, it deserves it's own post and I will work on that. A few more photos there.

I've also released the first product from Goblyn Head Press on DriveThruRPG. It's a supplement designed for D&D 5e called Sacred Sites. It was written by Eli Arndt, who you ugys have seen me mention before around here. Nine different places you can encounter the sacred or profane. It has sold a few copies already and it's only been up about a week. Very excited about that. Probably deserves it's own post, too. 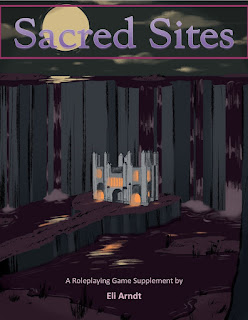 And we've gotten a few more sessions of Starfinder in. Kicked one guy out of our group, got another new player. Still sitting at three players so if anyone wants to join us in Santa Fe, TX (in Galveston County, on the mainland)...

And I painted a few minis. Not much. I really need to get to work on the Pledge or I am screwed.

Oh, two new display cases came in and I got one put together. Detolf from IKEA. 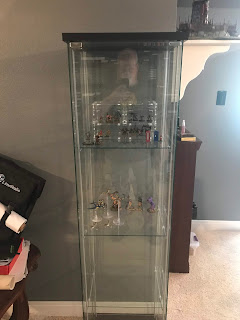 And I have been drawing more maps on my Wacom tablet. So that's getting me closer to done with another Goblyn Head project.

All in all, I guess I have been busy. Just not very good at reporting. I'll try to get caught up on all of that the next few days.